A paradigm shift on gambling by Globo, Brazil’s largest media conglomerate, could be pivotal in the ongoing debate over the legalization of casinos and other gaming operations in South America’s largest country, according to a senior executive of Las Vegas Sands.

“Globo is the equivalent of what Disney is in Florida and Globo coming on board with integrated resorts, I think, changes the dynamic significantly because they’re very influential,” Andy Abboud, the chief lieutenant of Las Vegas Sands (LVS) chairman Sheldon Adelson, told GamblingCompliance in a phone interview.

On March 21, Globo’s largest newspaper, O Globo in Rio de Janeiro, abruptly ended its 72-year opposition to the legalization of gambling with an editorial saying a ban is no longer feasible in the digital age.

“The only way to exercise effective control of this business is to formalize it,” the O Globo editorial said.

The editorial went on to endorse a gambling regulatory bill in the Brazil Chamber of Deputies, which is similar to the U.S. House of Representatives.

Estimates project a regulated gaming market in Brazil could exceed $6.1bn per year in revenue.

Rodrigo Maia, the speaker of the Chamber of Deputies, “is very much in favor of integrated resorts” and Marcelo Crivella, an evangelical bishop and gospel singer who is mayor of Rio de Janeiro, “is open to it,” Abboud said.

“We see tremendous opportunity to grow tourism in Brazil,” Abboud said. “I think it’s really under served. We were kind of surprised by how little foreign visitation there actually is in Brazil, even from within South America.”

Although there have been several recent setbacks in the legislature, Abboud said that Las Vegas Sands is sufficiently bullish on the future of gambling in Brazil that the company has a team there to educate officials about the industry.

“If we weren’t encouraged by the feedback we’re getting from legislators, quite frankly, we wouldn’t be down there working this as hard as we are,” Abboud said.

Referencing one key dynamic of Brazil’s legislative debate, Abboud acknowledged that LVS was advocating specifically for casino-resorts, while representatives of Brazil’s jogo do bicho and bingo sectors are independently pushing for legalization of their games as well.

“As long as they legalize integrated resorts … and it’s a strict regulatory structure, we’re probably going to be able to live with whatever it is they pass,” he said.

Although Brazil and Japan are on the priority list for LVS’ future expansion plans, the United States is conspicuously absent.

LVS abandoned efforts to enter the inscrutable Florida market in 2015, and sold its casino in Bethlehem, Pennsylvania, earlier this month for $1.3bn to the Poarch Band of Creek Indians of Alabama.

Georgia, or more specifically the state capital of Atlanta that was once considered a golden opportunity for gaming, has “dissipated,” and is ‘kind of floating away,” Abboud said.

Las Vegas Sands’ focus in the United States is no longer on expanding in states but preventing them from legalizing internet gambling.

Just last week, there was an aborted attempt by online gaming opponents to add language to a $1.3trn spending bill in Congress to include the federal ban from the Restoration of America’s Wire Act (RAWA) even though RAWA has not been re-introduced in this session of Congress.

“There were some discussions about it that people presented as a potential opportunity. We just had to weigh whether or not we thought that made sense. It was bantered about,” Abboud said.

“I just never really took it that seriously as an opportunity, and in the end, it really wasn’t an opportunity … It wasn’t a viable option.”

That does not mean it is time to perform last rites for RAWA, which can still be weaponized against any effort in Congress to expand internet gambling, according to Abboud.

LVS’ aversion to internet gambling is reflected in its position on sports betting as the industry enters its 16th week of watchful waiting for the U.S. Supreme Court’s decision on New Jersey’s challenge of a federal wagering ban.

“We’ve always been comfortable with sports betting at brick and mortar casinos,” said Abboud, carefully avoiding use of the term internet.

Adelson, reportedly among the world’s richest men, is widely held to carry significant political clout having been a prominent donor to the Republican Party in recent election cycles.

But Abboud deflected a question about how active the Las Vegas Sands chairman will be in this year’s congressional elections.

“We haven’t made that determination yet,” Abboud said. “The political stuff is important, but not the priority in [Adelson’s] life right now. It’s spending time with his friends and family and working on his business.”

Adelson remains close with President Trump, but the frequency of their communication is overblown by the media, according to Abboud. 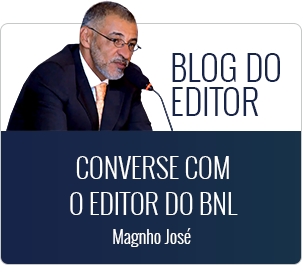